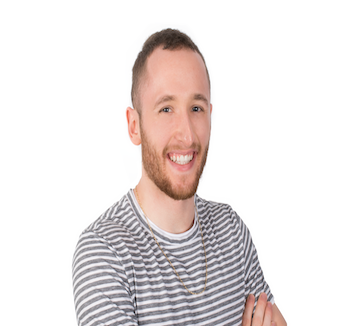 At first, we were told to flatten the curve by locking down for 15 days. It has now been 6 months and the lockdowns have continued with very ends in sight. By government mandate without any due process or any law through a legislature, 40 million people have lost their job and means to provide for themselves and family. Kids have been taken out of school, losing precious time to learn while missing their friends.

The solution to the government forcing people out of a job was for the government, using The Federal Reserve to print money and hand out the money to the big banks, big corporations, and to friends and cronies of those in Congress. What did you get? You got a one-time payment of $1,200. If the total cost of the bail out bill was given to each American instead of other corporations, you would have received $18,000. Get that? They took $18,000 from you, your kids, and grandkids, and gave you back $1,200. ~$16,000 dollars at your expense to enrich themselves.

Unfortunately, the government has not even been consistent in protecting your freedoms and discriminating against some groups while punishing others.

And what do we get for all of this? 40 million jobs lost, alcohol abuse, suicide, depression all sky rocketing. People have been skipping doctors appointments to the point where cancer checks ins, diabetes and more have decreased by 60%. Obviously the rate of these diseases did not go down, however, people stopped going to the doctor for care Worst of all, the lockdown did not do anything to stop the virus, in fact, it made things arguably worse. 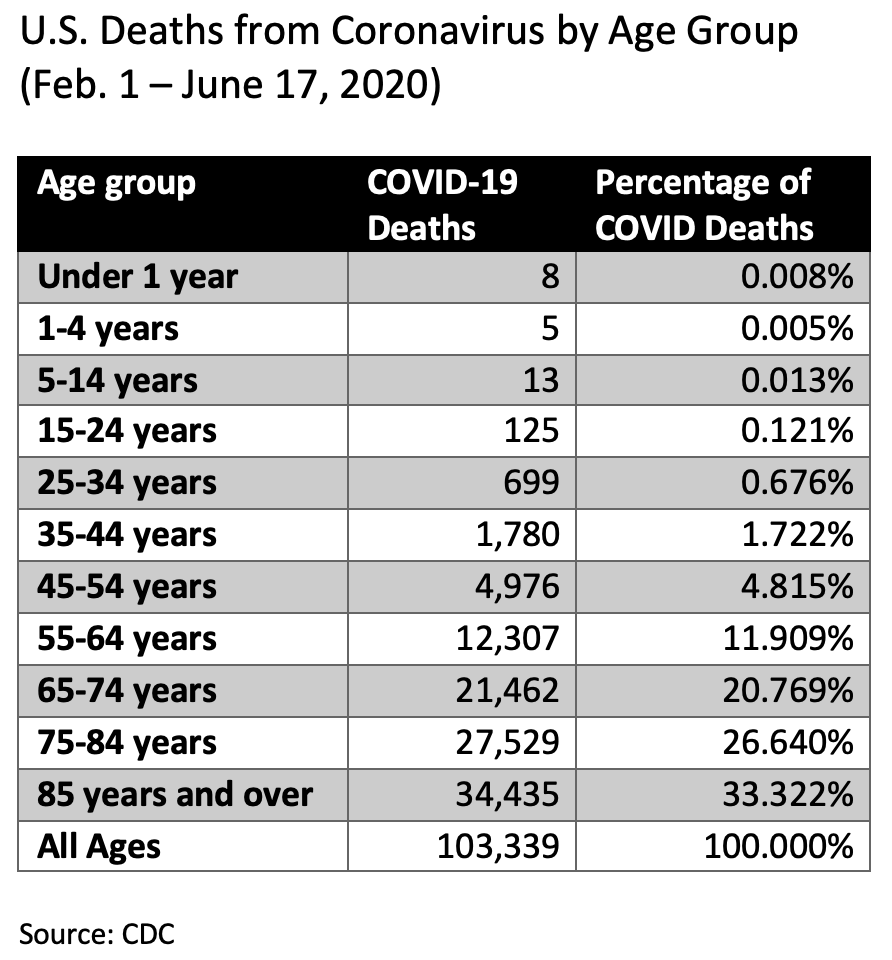 The young who are working or in college and those in general with less experience have been more likely than their older counter parts to be laid off. They already have a tough time with large student loan balances, increasing housing and medical prices, flat wages and so much. Now the young are being required to sacrifice for the old even more? The death rates for the young are pretty close to 0. A majority of the deaths are those over 75. While I am not saying the virus isn't real, a healthy individual who eats well, sleeps well, exercises more than likely will be fine. Those who feel they are endanger should obviously take the needed precaution. However, continuing to destroy a generation already hit by so much is not the answer. Healthy societies build for the future, they do not sacrifice the young for the old. There is no reason healthy individuals under 55 can't go back to a normal life while those who need more protection take the needed precautions. 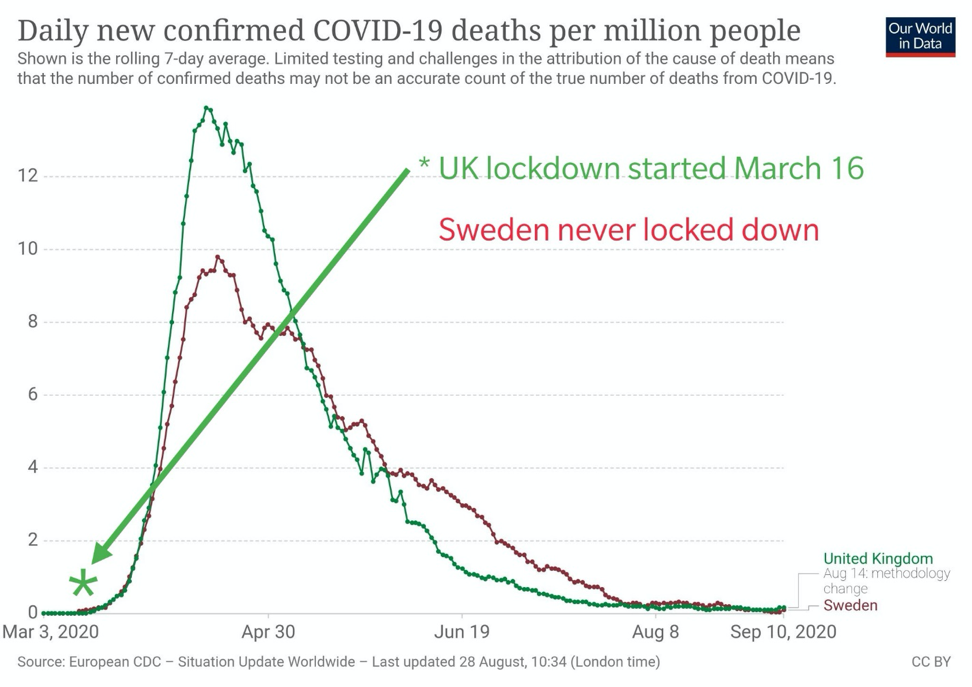 Sweden was one of the countries to have minimal to no laws combating the virus. They did not lock down and they have had less deaths than those countries which did. Brazil and Peru are very similar. 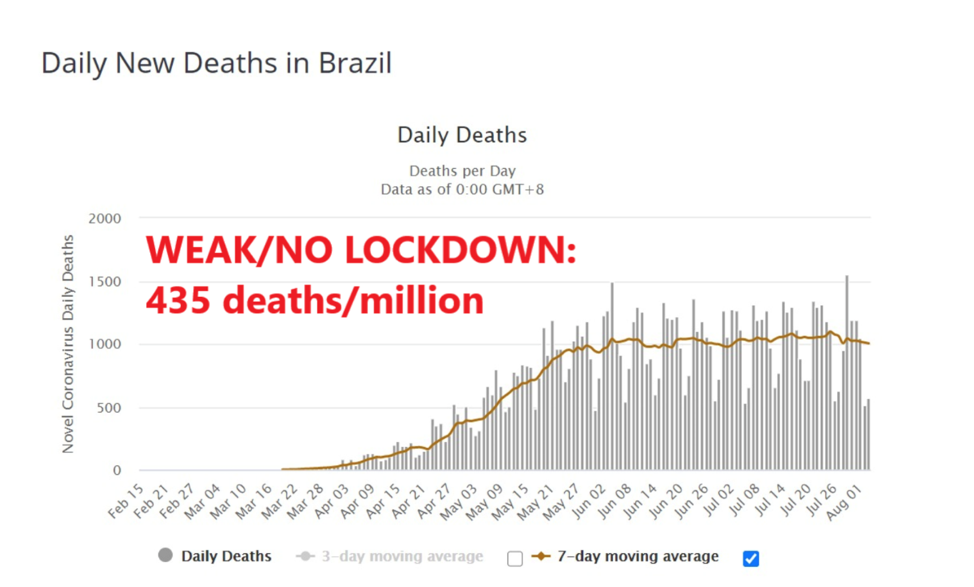 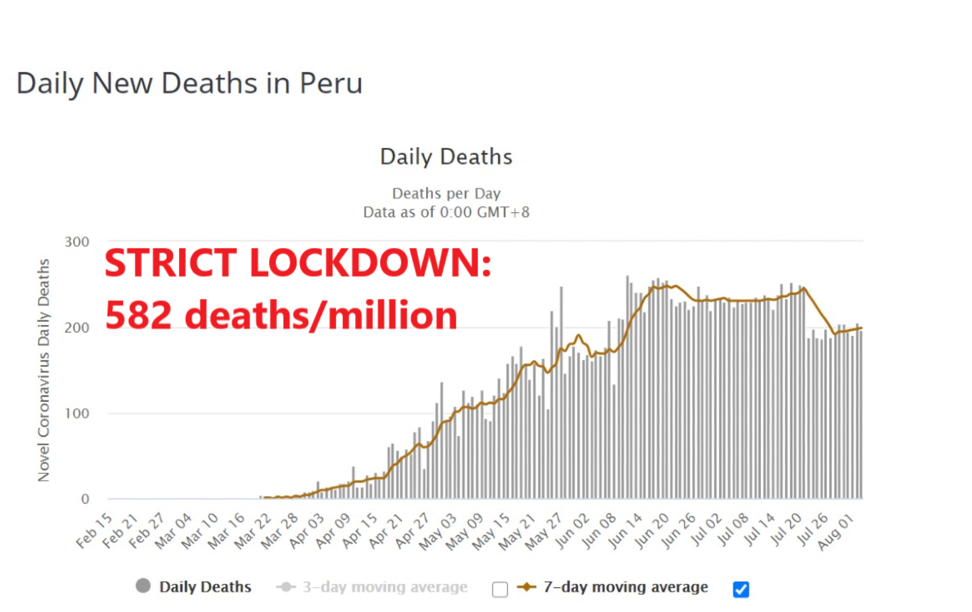 Governments have been fudging statistics. Those who have died with small traces of COVID or multiple comorbidities such as cancer, diabetes, heart disease (COVID deaths have an average of 2.6 comorbidities). Governments have been telling those who got in line for testing and left without a test that they are COVID positive, those who test and have a strain of COVID so low in them that the virus will be unnoticeable are positive, even those who die in car crashes with COVID are considered a COVID death. Ironically, by these standards, George Floyd’s death was a COVID death.

These are charts of case counts in four Tennessee counties. Unless you live in Tennessee, you probably won't know which county Nashville is in. One of these four counties shut down bars and limited restaurant capacity to 25 percent. Can you figure out which one? 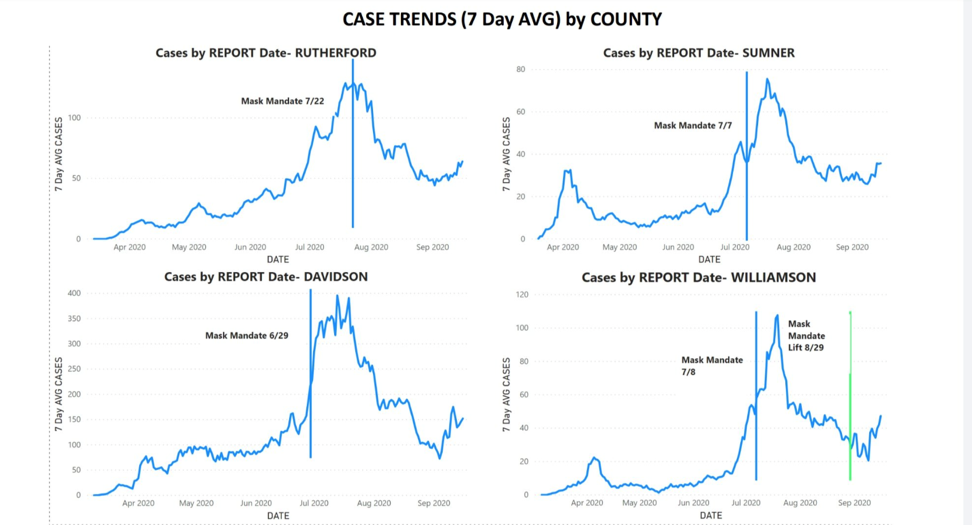 Does it not look instead as if no matter what policies are implemented, the virus follows the same path? By the way, want to know which one is the correct county? It's Davidson, in the lower-left corner of the graphic. You couldn't tell, could you?

After all this, now the CDC is recommending celebrating Thanksgiving virtually over The Internet instead of in person. This is insane. A life without the good parts of spending time with friends and family and doing the things you love is not a life but rather a slow death.

If we could save 200,000 lives but not have music in our lives anymore, how many people are willing to make that trade?

I want to see you live your life again and let us make sure government never locks us down ever again.